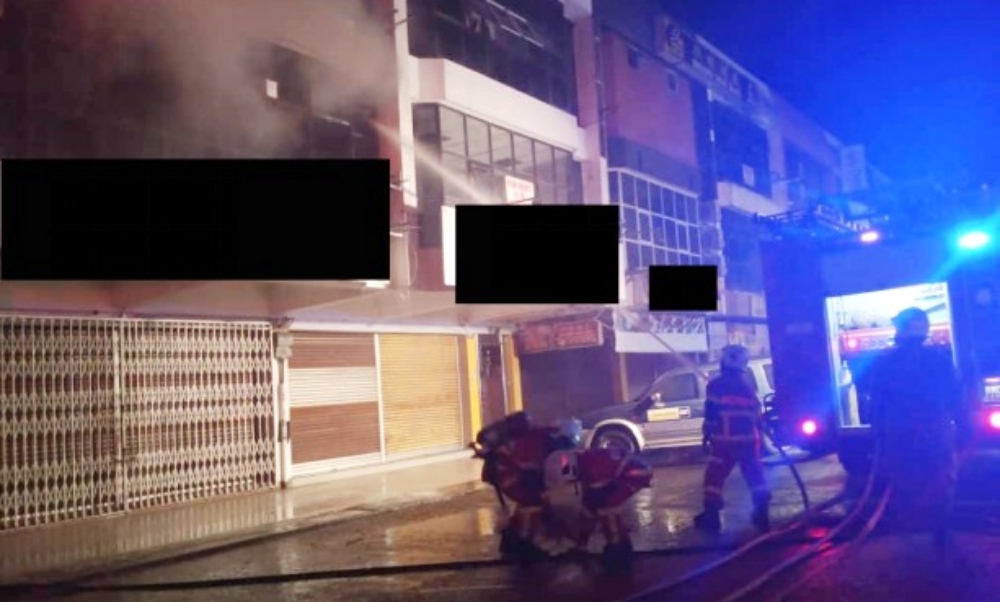 A handout photo shows firefighters putting out the fire. – Photo courtesy of Bomba

Sarawak Energy, in a statement, said today that direct plugs of cables that were connected to the mains directly on the premises were found charred at the scene.

Based on these findings and similar previous cases, the company said the fire was caused by illegal and dangerous wiring used to mine cryptocurrency.

“Firefighters immediately alerted Sarawak Energy for an emergency shutdown when they received a distress call before the fire could be safely extinguished.

“The theft of electricity to power cryptocurrency operations continues to put the public at risk. Cryptocurrency mining is an energy-intensive activity that operates around the clock, often with cooling units to prevent servers from overheating .

“Non-standard fuses and illegal wiring connections commonly used in electricity theft can easily overload the capacity of the electrical system, increasing the risk of short circuits, damaging appliances, causing fires and even loss of life” , pointed out Sarawak Energy.

A police report has been filed on this subject and the operator, as well as the owner of the premises, will be called to participate in the investigation.

Since 2018, 161 cases of cryptocurrency miners stealing electricity have been recorded, including 60% in Miri and 30% in Kuching, Sarawak Energy has revealed.

These cases resulted in system overload in residential and commercial areas of the city, with Sarawak Energy suffering losses of over RM43 million.

“The recent increase in electricity theft among operators is also linked to fires threatening public safety, with 11 fire cases recorded, including 10 in Miri.

“The investigation revealed that most of these operations took place in rented properties. Landlords are strongly advised to do background checks on potential tenants, as well as to be alert and vigilant about their activities to avoid becoming involved in power thefts from rented premises,” the company said.

Electricity theft is a criminal offense under Section 33(5) of the Electricity Ordinance, which is punishable by up to RM100,000 and/or five years jail if found guilty.

Sarawak Energy has reminded customers that it is both illegal and dangerous to tamper with cables to under-record electricity consumption.

In cases where electricity is stolen for energy-intensive activities such as cryptocurrency mining, it can also lead to outages in surrounding areas, causing unnecessary inconvenience to neighbors.

Working with the Sarawak Ministry of Utilities and Telecommunications and the Police, Sarawak Energy is committed to continuing to track down power thieves who operate at the expense of public safety to maximize profits.

“Firefighters are also showing their support with advisories on the safe use of electricity to prevent unwanted fires, especially during festive seasons.”

Members of the public are reminded not to trust service providers who tamper with meters.