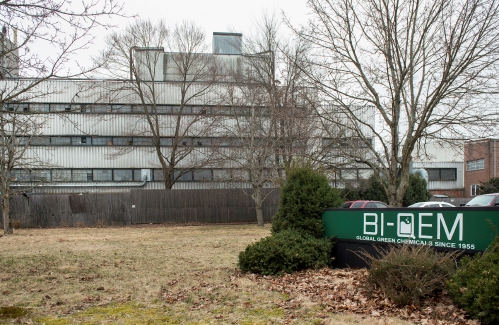 NORTHAMPTON — A Florence plastics manufacturer remains closed after a major water leak damaged machinery inside the facility on Saturday.

On Saturday, city firefighters responded to an alarm at BI-QEM, a global manufacturer of thermoset resins and compounds located at 238 Nonotuck St. A faulty sprinkler system had caused “extensive water damage to multiple machines and systems of the facility,” according to a press release from the mayor’s office, which said that at no time were members of the public at risk from the leak.

Due to repairs needed to safely resume work at the plant, the city’s building department and fire department issued a cease and desist order early Saturday. On Wednesday, plant manager Bill Norman confirmed to the Gazette that the plant remains closed pending a municipal inspection on Thursday.

“We are awaiting city approval,” Norman said, adding that the damage was repaired Monday morning and his goal was to get the plant back up and running Thursday.

This water leak is not the first time potential hazards have been discovered at the plant this year.

In March, BI-QEM came under fire after an exterior spill of toxic formaldehyde. That same month, the US Environmental Protection Agency ordered the company – formerly known as Chemiplastica – to correct hazards identified during an inspection in February. These included “formaldehyde pipe leaks, excessive amounts of potentially combustible dust, electrical hazards, and the lack of overflow controls on a large formaldehyde tank.”

In her statement regarding the water leak on Saturday, Mayor Gina-Louise Sciarra said local BI-QEM management was “on site and cooperative” during the initial inspection of the city. The state Department of Environmental Protection was also on site, she said.