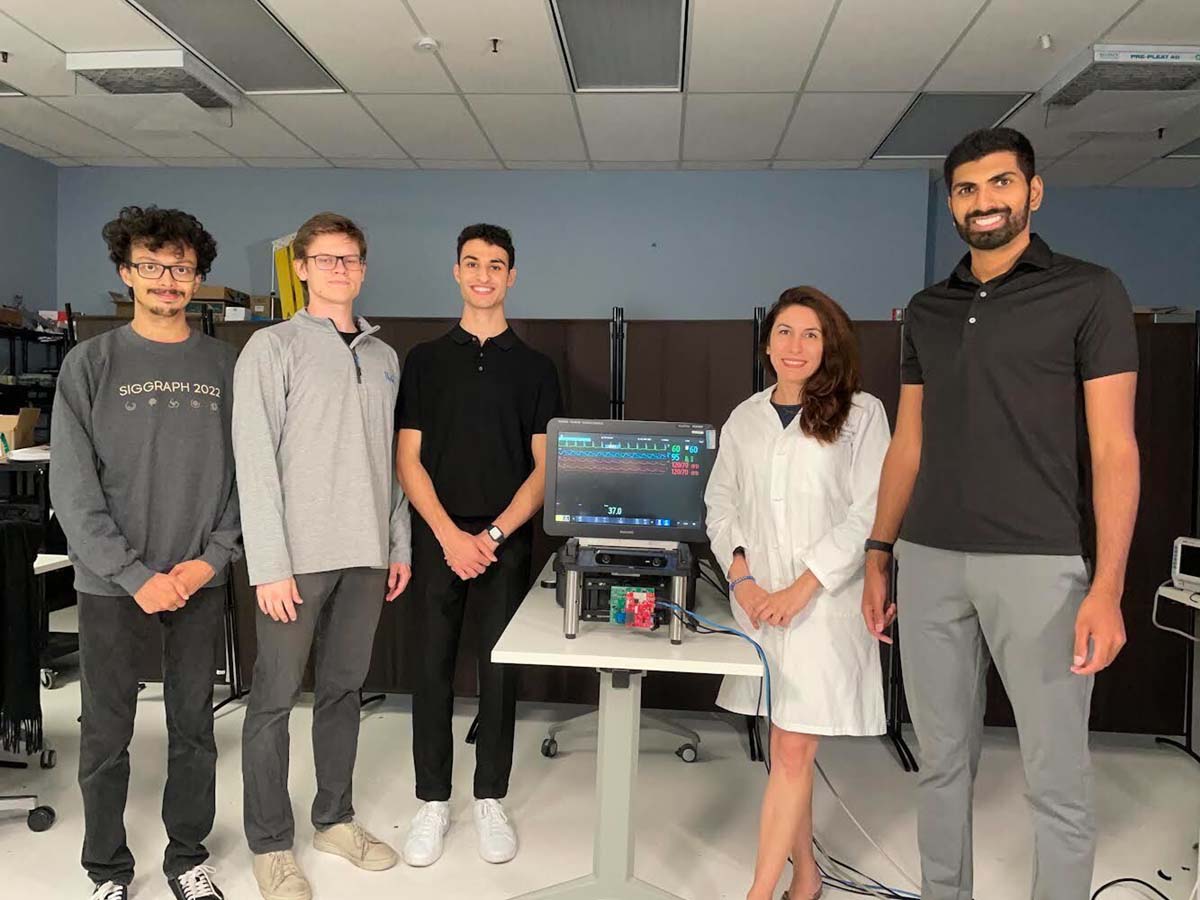 Biosensors are devices that measure chemical and biological reactions, such as vital signs. Amid the telehealth boom caused by the COVID-19 pandemic, contactless biosensors have come under intense scrutiny – and some have fallen short of medical standards.

One such faulty sensor is the light-based heart rate detector, which the Visual Machines Group says is less accurate for people of color, said Achuta Kadambi, assistant professor of electrical and computer engineering and co- author of the study.

The light-based heart rate sensor uses a camera, which extracts data from subtle changes in the color of a face that occur with each heartbeat. Cameras don’t correctly pick up these color changes in darker skin tones, Kadambi said.

Camera-based technology is common in devices that collect health data, including phones and wearable sensors, such as the Apple Watch or Fitbit, Hsu said, adding he was surprised to hear bias in the measurements recorded by the devices he uses every day. in his practice.

“It really begs the question of what else can give us inaccurate information. … It’s just an important question that we need to continually consider,” Hsu said.

Led by Kadambi and Dr. Laleh Jalilian, an anesthesiologist at the medical center and co-author of the study, the Visual Machines group has created a new non-contact heart rate sensor that produces more accurate measurements for all skin tones. The combination of conventional light-based technology with radio-based technology compensated for the bias in the measurements produced by the original sensor, Kadambi said.

In the Visual Machines Group’s sensor, the radar works by sending out a specific frequency of electromagnetic wave that reflects off the chest and back to the radar, said Alexander Vilesov, an electrical and computer engineering doctoral student and co-author of the study. . The heartbeat causes small vibrations in the chest that shift the wave slightly – and these shifts are picked up by radar, he added.

Although the camera and radar used in the sensor aren’t new, researchers have created software that combines data from both technologies simultaneously, said Pradyumna Chari, a doctoral student in electrical and computer engineering and co-author of the study.

Although the camera alone doesn’t work with the same accuracy for people of color, adding the radar alongside the camera provides fair measurements, according to the research.

This new heart rate sensor is not yet ready for use in the health system, Kadambi said. Meanwhile, the theoretical concept of combining the two sensor systems can serve as the basis for a new generation of biosensors and has wide applications in and beyond the medical field.

“Imagine you are in an area where there is a search and rescue operation, maybe someone is stranded, or maybe someone is in rubble because the building has collapsed “, said Kadambi. “Perhaps it is possible to start using non-contact sensors at different penetration wavelengths to see if they can extract heart signatures from survivors.”

Jalilian said the device could also be beneficial in hospital settings for treating infectious diseases and other cases requiring contactless patient care.

To become commonplace in hospitals, the device will need to be affordable and priced similarly to current heart rate sensors, Hsu said.

In addition to race, there are many other biases – including body mass index, gender and age – to consider when creating a device that works effectively for everyone, a said Vilesov. As they continue to develop contactless sensors, the Visual Machines Group plans to prioritize fairness, he added.

“This only scratches the surface of moving towards more inclusive healthcare arrangements,” Kadambi said. “Even looking more broadly … (at) a wide variety of sensors for human-computer interaction, like soap dispensers and automated faucets, which actually have similar issues.”