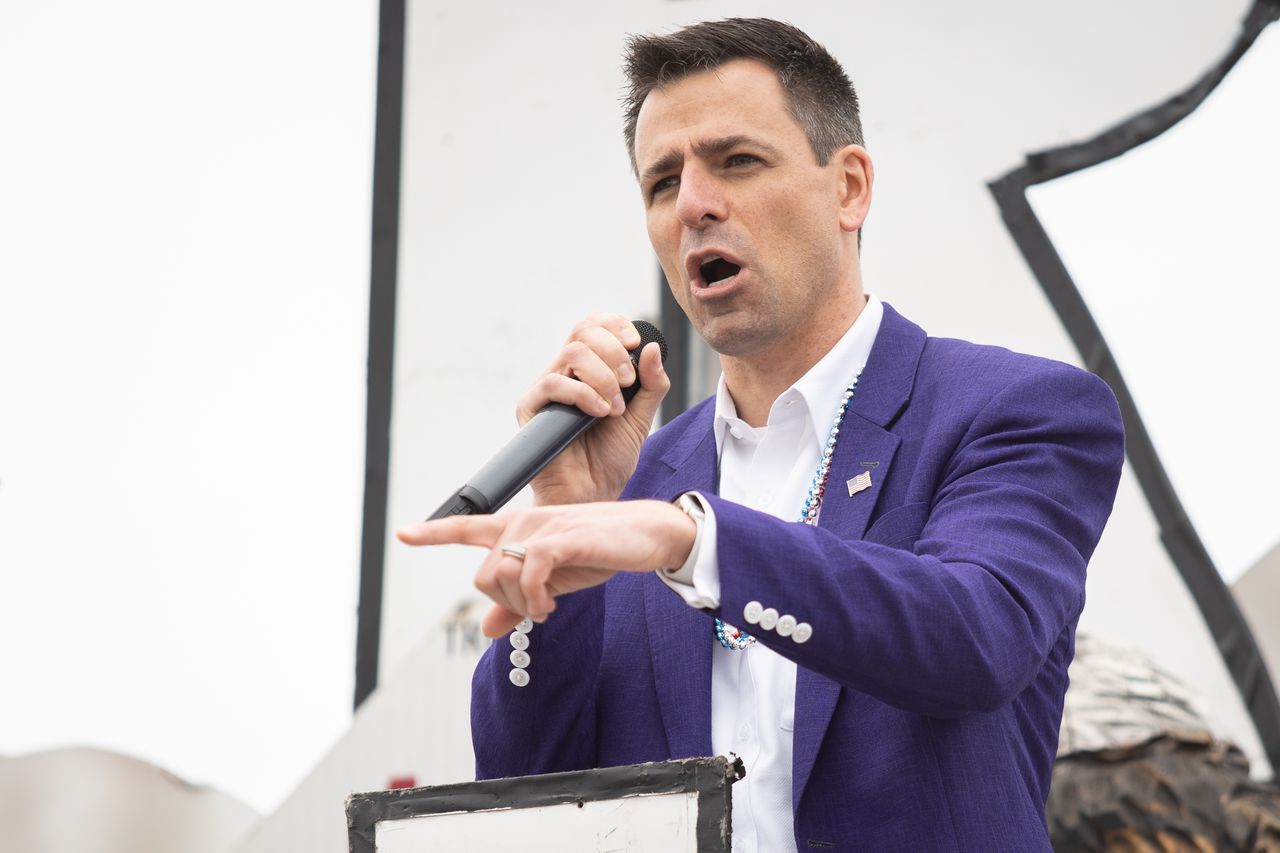 Unplugging a voting machine is unlikely to do anything other than send you to jail.

At a Jan. 26 event in Macomb County, Republican gubernatorial candidate Ryan Kelley encouraged poll workers to unplug polling equipment if they suspect anything suspicious is happening. Kelley gave the same advice to a Livingston County group three days later, urging crowds to unplug voting machines “if you see something you don’t like happening.”

Interfering with a voting device is illegal. It is also unlikely to have an impact on the election results. Vote tabulators have backup batteries that can provide power for hours in the event of a power outage. Paper ballots are tabulated by local canvassing commissions anyway, so shutting down the machines used to automate the process on Election Day would not affect the results.

“It’s just unfortunate that people who aspire to be public servants are encouraging this stuff,” Macomb County Clerk Anthony Forlini said. “We all want to uphold the law, we all want to be stewards of society as a whole and do the right thing. Maybe these people think it’s the right thing, but it’s not.

Livingston County Clerk Elizabeth Hundley said election workers are trained to protect tabulators from interference on Election Day. Anyone who suspects they have witnessed illegal activity should report it to a qualified election inspector or law enforcement official, she said.

“I strongly encourage our voters to seek election-related information from accredited election officials,” Hundley said. “There’s a lot of misinformation out there.”

Ottawa County Clerk Justin Roebuck said Kelley could have a real impact on the behavior of others. Kelley lives in the county, and Roebuck said the candidate “has a bit of a following” who might be swayed by his suggestions.

“At the end of the day, if someone unplugs a voting machine, nothing will happen,” Roebuck said. “People will continue to vote. We don’t stop voting for anything… I think we also have to be clear with people that one person can’t disrupt an election.

Clerks across the state are recruiting thousands of election workers to help administer the 2022 election.

the coaching The program, usually completed in a few hours, includes election law, how to process votes and what to do when someone tries to disrupt a polling place. Election officials also take an oath to uphold the law and uphold the constitution.

“We never really considered training on what to do if one of your fellow election inspectors is disruptive,” Roebuck said. “I think we’re going to have to make some adjustments there.”

Poll workers are hired by poll clerks to assist voters and count ballots on election day. Political parties also appoint election challengers to observe the process, examine voting materials before and after polls close, and challenge if they believe election laws are not being followed.

A Manual procedure published by the Michigan Bureau of Elections recommends ejecting an unruly voter, challenger, or observer after a warning.

The ejection of Republican election challengers and poll watchers from Detroit’s 2020 absentee processing center has caused uproar. Republican groups staged protests outside the TCF center, which threatened to disrupt the count. Some Republicans still claim the TCF Center voting machines were rigged, despite the lack of evidence.

Michigan’s Republican Party and Republican National Committee are working to recruit 5,000 election candidates before the 2022 election. GOP officials said the effort will ensure Republican voters have a voice in the process, activist groups are recruiting volunteers focusing on lingering distrust in the 2020 results.

Kelley promoted the state party’s Election Protection Team in Livingston County, saying Republicans unhappy with the last election should get involved in the next one.

It’s unclear what scenario Kelley envisions when he tells poll workers to unplug voting machines. He did not specify what suspicious behavior would warrant such drastic action.

Disproved voter fraud theories include false claims that tabulators were designed to manipulate the count or could be manipulated via the Internet. Multiple investigations and audits have produced no evidence to support these claims.

“It just goes to show that he doesn’t seriously care about election administration, because he hasn’t even bothered to learn anything about the conduct of the election,” the county clerk said. Ingham, Barb Byrum. “At best, he willfully ignores the functioning of the administrative administration of the elections and the tabulators. At worst, it encourages the commission of a crime.

A recording of the Jan. 29 event became national news, in part because it also featured state Senate candidate Mike Detmer calling on people to “show up armed” at polling stations to vote. “protect” the Republican observers.

Attorney General Dana Nessel responded to Kelley’s remarks by saying that tampering with election devices would lead to arrests and prosecutions. Secretary of State Jocelyn Benson also said any attempts to unlawfully interfere in the election would be referred to Nessel’s office.

Kelley was grateful for the attention, telling supporters during a Thursday live stream that the media coverage is free marketing for his gubernatorial campaign. He’s selling $25 t-shirts with the slogan “unplug Michigan’s corruption” and said he’s been working on other variations of the “unplug” theme for campaign merchandise.

Although Kelley claims his comments were taken out of context, he said again in a TikTok video on Thursday that “if election workers see voter fraud on election night, they should unplug the machines if the machines are fraudulent.” .

“Kelley is a moron,” Byrum said. “Listening to his comments since that video got pushed back, he thinks it’s hilarious. Election tampering isn’t hilarious. It’s a crime.”

Kelley was a lifestyle vlogger, real estate agent and Allendale Township Planning Commissioner before becoming a leader in anti-lockdown activism in 2020. He co-founded the American Patriot Council, s is associated with paramilitary groups and helped organize an armed rally inside the State Capitol. .

Kelley participated in the January 6 riot in Washington, D.C. Kelley was part of a crowd that broke through a police line, climbed scaffolding, helped remove a police barricade, and was recorded shouting ” it’s war” as she walked up the steps of the Capitol. Kelley says he didn’t enter the capitol building.

A month after the riot, Kelley ran for governor.

MRI machines work, but why? – Source